My twins, Carter and Parker, played their first sport this year.  They have been doing a little basketball camp over the summer for two years now, but this is the first time we’ve signed them up for a season as part of a team.  I think they’ve really had a lot of fun and have learned a little about the sport.  Their coach has been pretty awful and I feel bad for the kids that show up every week (when the coach doesn’t).  There has never been any organization and so every week when the kids on the other teams have had snacks and treats after their games, our kids kinda sigh and ask why they don’t get anything.  Well, this Saturday will be their last game, so I decided to go all out today and make something special for them since they’ve missed out on a lot of things the other teams had all season.
This is what I spent today doing… 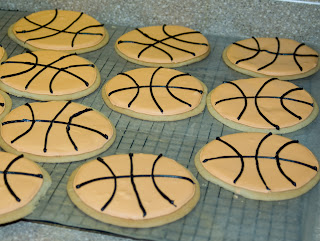 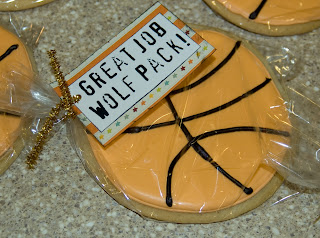 I think they’re cute (and I am bringing an actual snack and some juice box things for them too so I don’t just load them up on sugar before I send them home 🙂  My boys are very excited and won’t stop asking me who they’re for and when they can have them so I think I’ve done something right.
I’ll be back with more crafty posts this weekend.  I’ve had the craziest week!